Our Product is Energy, Our Strength is Innovation...

scroll down to find out more

Our Product is Energy, Our Strength is Innovation.

PMAC Energy is looking for investment for the secured site located on the banks of the River Tees. All types of investment will be considered.  For full details regarding investment and commercial opportunities please
contact us.

With Planning now secured with very few conditions and permitting underway, the site benefits also from a 45 year lease and a secure grid connection with the local DNO and solid fuel supply options. The site also benefits from multimodal access with port, rail and good road access which all operate 24/7.

PMAC Energy are focused on long-term innovation and technology to realise our leading market position. Our technology is reliable, tried, tested, and unlike other Waste to Energy processes such as used in Advanced Conversion Technologies, we will comply with future legislation and be able to adapt to changing waste fuel compositions in the future. 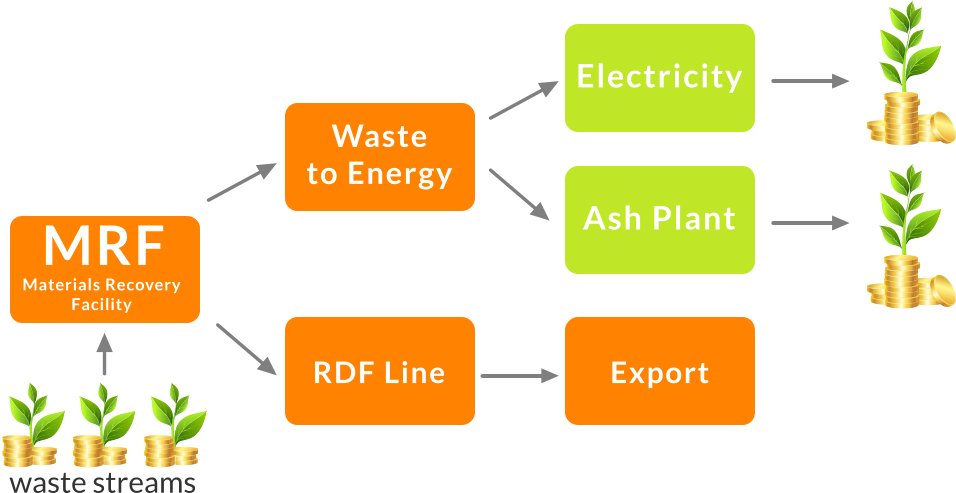 The amount of waste generated by the UK has continued to rise steadily over the last decade.
Every year millions of tonnes of waste are sent to landfill in the United Kingdom. With no new landfill sites planned and the maximum capacity of existing sites soon to be reached in a matter of years, there is a serious problem.

Soon there will be no other option other than to process waste at a Waste to Energy plant or to export it to other countries. As we have seen in the past few years, the export market has also seen an increase in their domestic waste arisings and therefore become more expensive, with taxes pushing the cost to UK exporters up even further. Exports have reduced by 1.35 million tonnes over the last 24 months.

PMAC Energy offers a solution to the sum of 6 million + tonnes that are predicted to require processing by 2025 in the UK. The site location offers us a flexible logistical intake and offer a quality manufactured RDF / SRF for the on site CHP EfW as well as the domestic and European market.

Collectively, the goal of governments across the globe is to reduce the impact of humanity on the environment, as per the Paris Agreement. Major powers around the world are constantly looking for a variety of ways to improve future outlook in regard to the environment.

Much of the research conducted so far by countries involved in the Paris Agreement, including the United Kingdom, has involved both waste, recycling and sustainable energy production.

Following the trends set by other forward-thinking Paris Agreement member countries (in Scandinavia particularly) the UK government is looking to reduce the amount of plastic used in packaging and household products. This will have a huge impact on the waste management, recycling and more importantly the Waste to Energy industries.

The resulting emissions from the process of burning waste could negate the theoretical effects produced by more complicated processes, making the option an increasingly attractive prospect. Also with the development of the Net Zero Teesside facility for carbon capture next door to the Redcar Energy Center will provide zero emmision EfW. A great evolution in waste management.

The proposed PMAC Energy plant on the banks of the River Tees is the ideal location for two main reasons. Firstly, the PMAC Energy plant will have a logistical advantage over many plants of its type because of the railhead which is located on-site, making the transport of waste from locations around the United Kingdom a simple process.

The site also boasts its own dock, which, is an addition that makes the export of surplus waste to countries such as Finland, Belgium, Holland and Germany (to name a few) an extremely viable revenue stream as well as importing fuels from the South coast or mainland Europe.